so, i had the scary back surgery.apparently, my doctor rocks. the physical therapist told me that her patients always do well, recover much more quickly than the others. good to know i made the right choice.

this is her profile, if anybody out there needs an amazing neurosurgeon:
http://www.vitals.com/doctor/profile/1417962093

the surery was november 20. there was pain for while, but there was also pain management. i am actually doing wonderfully now. i have had no pain for over a week now. i sleep a lot. my body seems to need it. and sleep is the best way to get healed, so, slepp i do. naps several times a day. who knew i had it in me?

i am up and about and trying not to overdo it. that's actually the biggest risk for me right now. but i have a very certain understanding of the mechanics of screws, and know how soft bone is, so i am constantly evaluating any move i might make prior to undertaking it.

i even got these awesome extended-reach grass-trimming shears, so i can deadhead without bending over.

tomorrow is my follow-up exam. i expect the dr to send me to rehab with exercise machines next. i feel strong enough.

so, on goes my brace, and out the door it is.
thanks to fellow surgery patient

momomom for your kindness, and help.

30 days of GUD! Each day for thirty days we'll be giving out a PDF of GUD to a randomly selected Tweeter. At the end of 30 days, one of those winners will be randomly selected to ALSO win a Kindle 2*. And we reserve the right to toss in extra prizes, throughout, of course. ;) 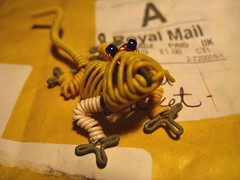 Oker the Pochre
Originally uploaded by zzinnia
look what came to meeeeeee!

i'm still sick, which means i'm still downstairs on the couch (since wed. night), where the a/c actually works. nothing like having a fever and lying in bed in a 95 degree bedroom. so, the couch is the winner.

this infection sucks (sinus, both ears). i can feel it getting worse.

i tried to go to work, again today. (yesterday, i drove in, almost passed out, took an hour nap in the parking garage, then drove home.) i crossed the yellow line twice before i came to my senses and pulled over, shut my eyes for a bit, then returned home.

i'm taking biaxin (since friday a.m.), about 10 g vitamin c a day, colloidal silver, zinc, (and the usual multivitamin, cal/mag/d, b6), robitussin DM (tryng to keep at least a partial lung inside my body). i have always been so vey healthy. i am unused to being so weak.

Australian wallabies are eating opium poppies and creating crop circles as they hop around "as high as a kite", a government official has said.

Lara Giddings, the attorney general for the island state of Tasmania, said the kangaroo-like marsupials were getting into poppy fields grown for medicine.

She was reporting to a parliamentary hearing on security for poppy crops.

Australia supplies about 50% of the world's legally-grown opium used to make morphine and other painkillers.


We have a problem with wallabies entering poppy fields, getting as high as a kite and going around in circles. Then they crash
Lara Giddings, government official

"The one interesting bit that I found recently in one of my briefs on the poppy industry was that we have a problem with wallabies entering poppy fields, getting as high as a kite and going around in circles," Lara Giddings told the hearing.

"Then they crash," she added. "We see crop circles in the poppy industry from wallabies that are high."

Rick Rockliff, a spokesman for poppy producer Tasmanian Alkaloids, said the wallaby incursions were not very common, but other animals had also been spotted in the poppy fields acting unusually.

"There have been many stories about sheep that have eaten some of the poppies after harvesting and they all walk around in circles," he added.

"They would just come and eat some poppies and they would go away," he told ABC News.

"They'd come back again and they would do their circle work in the paddock."

Some people believe the mysterious circles that appear in fields in a number of countries are created by aliens. Others put them down to a human hoax.

CANCER (June 21-July 22): "His heart was growing full of broken wings
and artificial flowers," wrote poet Federico Garcia Lorca. "In his mouth,
just one small word was left." There were times during the first half of
June when I was tempted to borrow those words to describe you,
Cancerian. Now, thankfully, you're moving into a much brighter phase. The
buds that are about to bloom in your heart are very much alive, not
artificial, and your wings, while not fully restored to strength, are healing.
Meanwhile, your mouth is even now being replenished with a fresh supply
of many vivid words.

if i can keep the raccoon out: 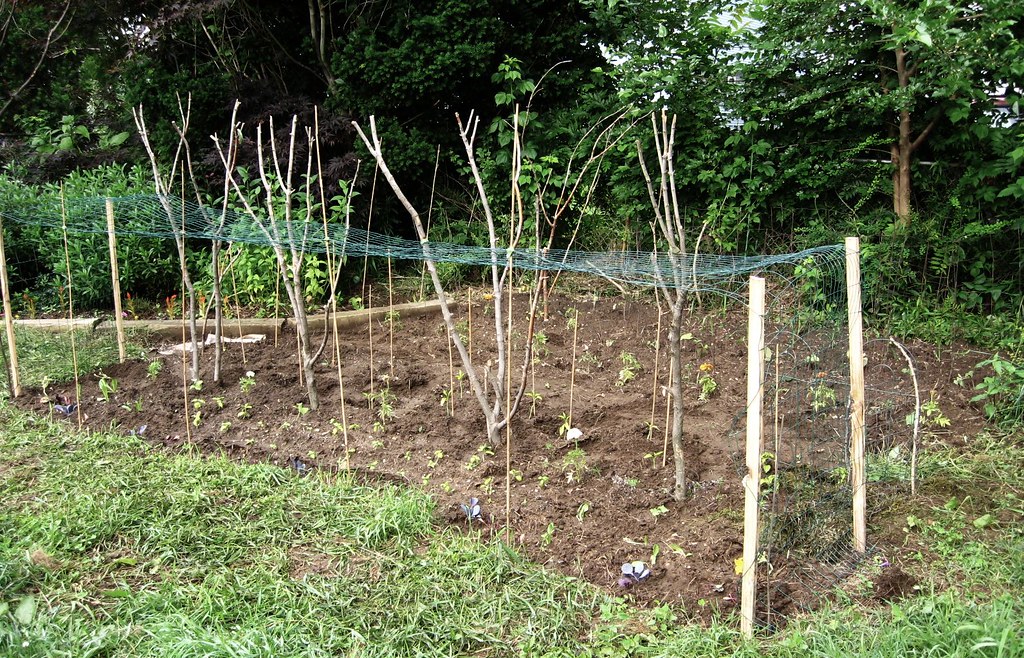